You are here: Home1 / Articles2 / A Brief History Of EDM

Have you been witness to the increase in the electronic dance music scene? Are you wondering how and when EDM became so popular? While EDM, and its many musical genres, may seem new, it’s actually been around since the 1970s, developing over the years as a symbol of contemporary culture. For decades, the music industry has been providing energy-charged electronic music to raving crowds. But before we recognized these dance parties as “raves” as we do today, we simply called them discos.

What is Electronic Dance Music?

Electronic Dance Music is a compilation of electronic music subgenres that are intended for crowds of dancers, including disco music, synthpop, techno, house music, trance music, drum and bass, dubstep, trap, hardstyle and more. With such a wide range of sounds, it would seem impossible that all of this could, at the same time, be classified as EDM, but these subgenres have developed over the course of the last few decades, informing and transforming out of a progressive dance culture. When you hear EDM today, it’s a much different experience than what listeners of electronic dance music would have heard in the 1970s, ’80s, ’90s, or even early 2000s, and its progression as a recognizable genre can be mapped out by understanding when its subgenres were popularized as forms of dance music.

Popular EDM Genres Through the Years 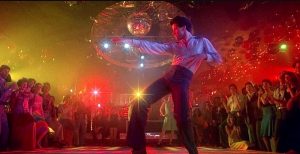 The beginning of EDM can from the disco genre, heavily popular in the late 1970s. Disco music aimed to move crowds of people on the dancefloor, using drum machines and electronic instruments to create synthesized rhythms. Popular disco music that helped to create the EDM scene included Donna Summer’s 1977 synthesized disco hit “I Feel Love,” which was written by Pete Bellotte and Giorgio Moroder, who would later collaborate with Daft Punk; and the 1974 hit “Rock Your Baby,” by George McCrae, which used a drum machine and Roland rhythm machine.

Songs like these incorporated elements of both disco and synthpop and paved the way for synthpop to stand on its own as a dance music subgenre.

Synthpop, Post-Disco and Electro Music of the 1980s 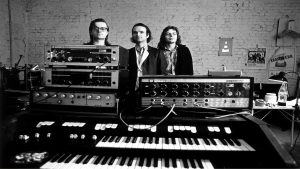 Synth music, or synthpop, was developed alongside house music and electro music during the “post-disco” era in the ‘’80s. Music of this era began to be known and produced in the mainstream music industry in Europe as electronic dance music became more sophisticated and robust with technological advancements. Drum machines and synthesizers were used more heavily after the disco days, but these electronic music makers were joined by innovations like MIDIt, which revolutionized the way electronic instruments could communicate. Paired with the use of computers, electronic music took off as an accessible art form that could be replicated and transformed by anyone with musical experience and a computer. Music produced during this time included hits like a-ha’s “Take On Me” and the song that would come to be recognized as one of the first – if not the first – house records, “On and On,” by Jesse Saunders. The first sounds of electronic dance music that current EDM rave fans would recognize are those of techno music, house music, hardcore rave (hardstyle), dub, trance, and drum and bass. In the ‘90’s, electronic dance music was still breaking into the mainstream, and the inclusion of these new subgenres helped propel it into popularity, making EDM a part of the mainstream music industry like never before, especially in Europe. It was then that the rave scene began to grow into what it is today, with night clubs featuring popular and even underground EDM records. Popular songs of the day included the British group Orbital’s highly popular single Chime and their single “Halcyon On and On.”
In the U.S., we were brought “Detroit techno,” or techno that seemed to originate in Detroit in the late ‘80’s and ‘90’s. Detroit techno was pioneered by the “Belleville Three,” including Derrick Mayr, who produced music under the names Mayday and Rhythim is Rhythim. May’s song “Strings of Life” is still widely recognized as a classic house and techno record that has defined the techno genre in the U.S.

From Popular to Mainstream: EDM in the 2000s

Electronic dance music, despite its slow start, eventually picked up popularity in the U.S. thanks to international DJs and music producers drawing attention to the genre as well as a techno-pop 1998 album by Madonna, Ray of Light. From there, we began to see producers like Tiësto, Daft Punk and David Guetta, who are still internationally acclaimed EDM musicians. These artists, when once developing a cult following, have made names for themselves within the mainstream music industry and still top the charts. In the early 2000s, dubstep was also introduced to the U.S. music industry through artists like Skrillex, a Grammy-winning EDM artist with sounds of dubstep, house, trap and more.

Today, EDM is often characterized by remixes and original sound mixes, produced by world-famous DJs like The Chainsmokers, Steve Aoki, Martin Garrix and others, in addition to the ever-relevant Skrillex, David Guetta, Daft Punk and Tiësto. That said, electronic dance music and its subgenres are now used by a large majority of pop and hip-hop artists, including the likes of Coldplay, Justin Bieber, Selena Gomez, Drake, Taylor Swift, Katy Perry, Alessia Cara and countless others.
Check out some of the most popular 2017 EDM songs to check out the latest EDM in the industry, including “It Ain’t Me,” by the DJ Kygo and Selena Gomez.

At The Los Angeles Film School, you’ll gain insight into the progression of the electronic dance music industry through our Associate of Science in Music Production program. Our program offers valuable training in music composition, digital music production, mixing and mastering, music copyright and publishing, exposing students to the latest trends in the music industry, from production to composition.