From Animation to Horror, Brodie’s filmmaking styles are making waves

Brodie Cooper graduated from the Film degree program in 2016. Having grown up with an unreserved love for film, he went to the movie store each weekend to check out both the latest releases, and perennial classics. As a massive James Cameron fan, movies like Terminator and Aliens made a tremendous impact on Brodie’s interest in pursuing a career in film.

Brodie grew up in Canada, and while there is opportunity in the great white north, he made the decision to move to Los Angeles in part due to his business partnership with his brother. They are co-writers and co-directors on each of their projects. Brodie recalled the tipping point in making the decision to move south.

“Everything starts in LA, and the opportunity here is massive.”

How would you describe your filmmaking style?

“I’m still molding it. I came here initially interested in comedy, thinking I was going to make films like Superbad or Wet Hot American Summer. Since arriving here, I’ve gotten more interested in animation, and also worked on a horror short. I’m a little bit all over the map, but borrow as much from James Cameron as I can. I don’t have a specific genre, and am still developing my voice.”

Your thesis film, Rustbusters, has been making the rounds lately.

“Rustbusters is stop motion animation. For an assignment in school, we were told to tell a story with pictures and sound. I created a LEGO-based stop motion animation, and build sets using legos. I submitted it through the school to the Idyllwild Film Festival. I won Best Animation at the festival. It was an incredible moment.”

You also recently produced a horror short. Tell us more about it.

“It is called The Armoire. I recruited a lot of student help to assist in making it, and The Los Angeles Film School had a massive hand in it. We shot part of it on the Selma back lot. The Armoire is about a young actress who arrives in Hollywood without any connections or friends. She moves into her new apartment, and realizes that she needs furniture. While in a decrepit area of town, she stumbles upon an old, taped-up armoire, and takes it back to her apartment. After a short while, she realizes that her armoire is haunted, and strange things begin to happen.”

It you had to compare it with anything currently out, how would you describe the film?

“It is a slow burn short in the vein of Paranormal Activity, working more with sounds and what you don’t see. The film is about 15-minutes long, and we are currently in post on it. We are very proud of the film.

What are some other projects that you are proud to have made?”

I made a post apocalyptic trailer called Sirens, which was inspired by the Playstation 3 game, The Last of Us. The Last of Us is my favorite game of all-time. Aside from James Cameron, Neil Druckmann and The Last of Us really inspires me when I am creating serious films. As a game, I believe it transcended film in many senses, which is also why it is so groundbreaking.”

What is on the horizon for you?

“The big thing is The Armoire, and I’d like to hit the film festivals hard this year. I would like to direct a feature film next. The Armoire was inspired by a feature that I wrote with my brother. It is more of a psychological thriller. The ghostly atmosphere and tone of the film is very similar to The Armoire.”

What was the shooting schedule for The Armoire?

“All in all, we shot the film in four days, and had three days with a full crew.”

You wore a lot of hats during production for The Armoire. What were the other roles that you filled?

“Besides producing it, I was the writer, 1st AD, and the editor.”

What camera did you shoot The Armoire on?

“We shot the film on a RED Dragon.”

“Do it yourself. It is hard and stressful, but you can shoot stuff for nothing. Start with your cell phone if you need to. If you are just a screenwriter, just a director or just an actor, you can get lucky breaks, but I’ve found it amazing to just do it myself. That’s one thing that I loved about The Los Angeles Film School is that they teach you a little about everything.” 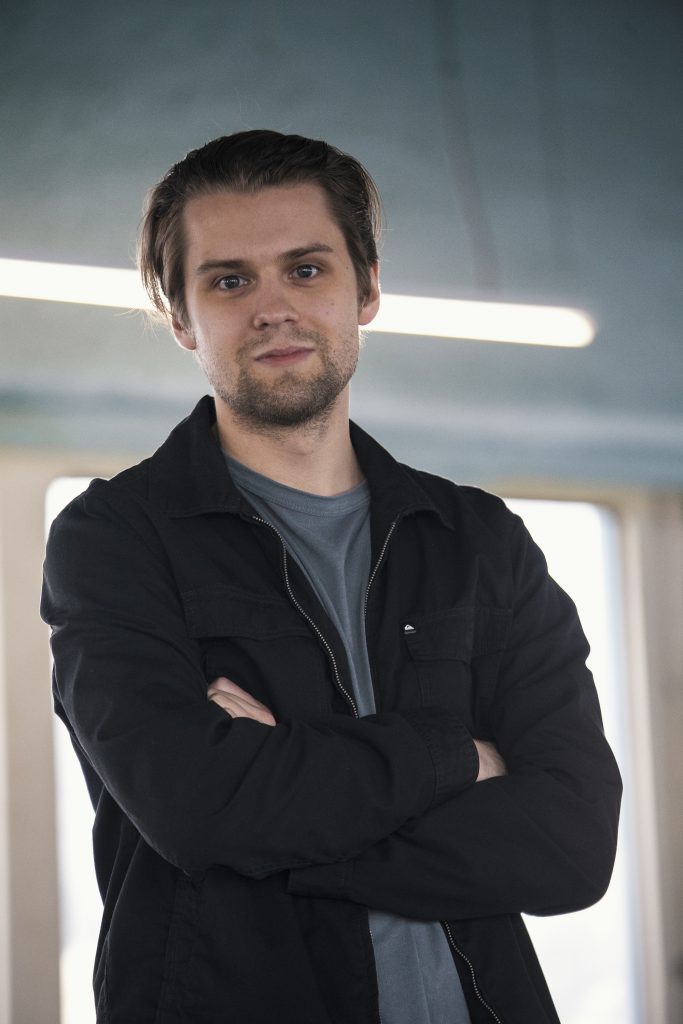 Graduation is this Friday!

Attend A Screening of The Handmaid's Tale