Brandon Trost is a member of the 2019 Spotlight Academy Class.

Brandon Trost grew up around the film industry his entire life. Brandon’s love of filmmaking came from his father who worked in mechanical effects for film. Brandon’s interests shifted from effects to photography once he got to high school and started focusing on composition and cinematography. While at The L.A. Film School, Brandon worked in the equipment room on campus spending most of his free time around camera equipment. His first big studio job after graduation was Crank: High Voltage, and from there, his filmmaking career took off.

“My dad was in special effects, so I grew up going to sets with him and getting exposed to this weird world of moviemaking, which fueled my interest in making movies.”

Now, with a thriving career in cinematography, Brandon Trost is part of the new generation of filmmakers in Hollywood. His contributions to popular feature films like This Is The End, The Disaster Artist, Can You Ever Forgive Me?, and Extremely Wicked, Shockingly Evil and Vile have earned him acclaim in the entertainment industry. While Brandon is best known for being a DP, he has also directed, wrote and produced a handful of productions and commercials throughout his career, including The FP and numerous short films. Alumnus Brandon Trost was the DP on Diary of a Teenage Girl starring Kristen Wiig, Bel Powley and Alexander Skarsgård. Everything You Need to Know About Anamorphic Lenses Anamorphic lenses have a long history of capturing the world in…
https://www.lafilm.edu/wp-content/uploads/2020/05/Diaryofateenagegirl.jpg 788 1400 Jourdan Arnaud https://www.lafilm.edu/wp-content/uploads/2020/03/lafilm-logo-2.png Jourdan Arnaud2020-05-28 15:48:482020-05-28 15:48:50Working with Anamorphic Lenses 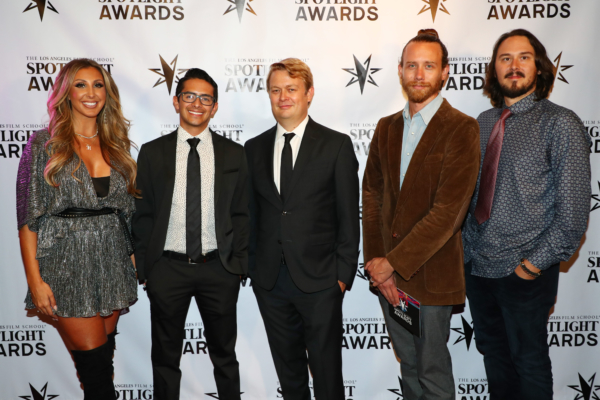